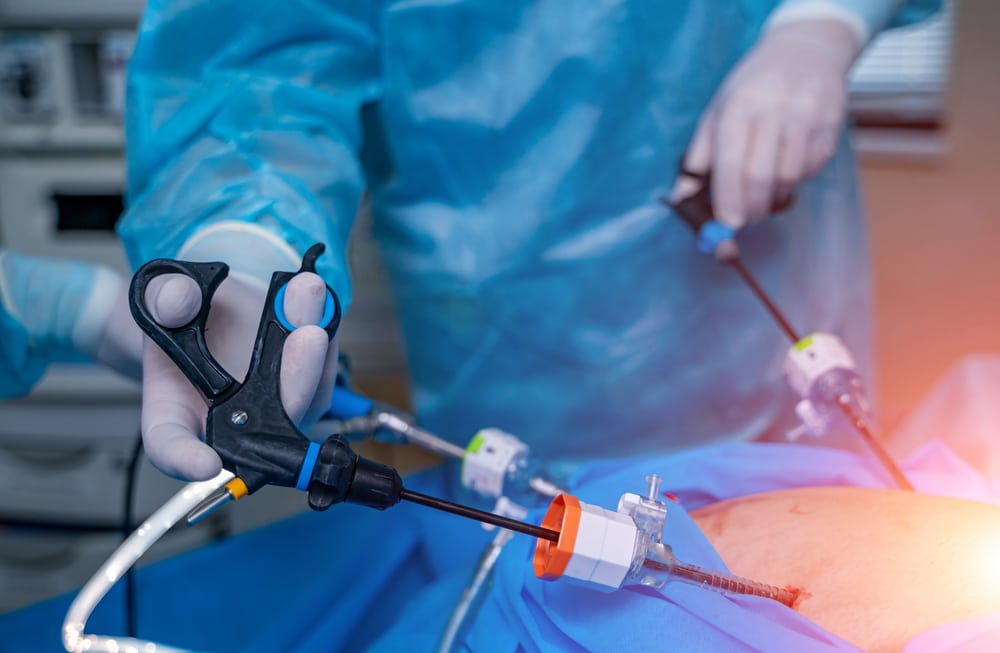 What Is Bariatric Surgery?

What Are the BMI Criteria For Bariatric Surgery?

The criteria for bariatric surgery vary somewhat, but generally, the BMI criteria is a BMI (Body Mass Index) of 35 with comorbidities or a BMI of 40 without comorbidities. Other common requirements are a proven inability to lose weight naturally and no medical conditions that would endanger the patient during the operation. Under certain circumstances, a lower BMI, such as 30, is allowable if there is a significant risk to the patient’s health from their weight.

There are several different types of bariatric surgery, and they each achieve the end goal of weight loss differently. Generally speaking, however, they involve reducing the size of the stomach and its connection to the intestines in order to facilitate weight loss by virtue of less room in the stomach for food.

This procedure is typically performed laparoscopically, which involves inserting instruments into small incisions made in the abdomen. During a sleeve gastrectomy, approximately 80% of the stomach is removed, leaving just a banana-like tube as the stomach. This reduces the amount of food that can be eaten, which spurs weight loss. The procedure also prompts hormonal changes that help facilitate weight loss.

The first step in this surgery is a sleeve gastrectomy. However, the valve that releases food to the small intestine (pyloric valve) remains, along with a small portion of the small intestine that connects to the stomach (duodenum). The second step actually bypasses the majority of the intestine by attaching the end portion of the intestine to the duodenum near the stomach. This procedure limits both the amount of food you can eat as well as the number of nutrients you can absorb, facilitating weight loss by two methodologies at once.

How To Prepare for Bariatric Surgery

When having bariatric surgery, most people spend two to three days in the hospital and then return to normal activities in three to five weeks if the surgery is laparoscopic. If the surgery is “open,” recovery will take longer. Recovery can be aided by a number of techniques, such as taking short walks and changing sleeping positions often to prevent blood clots. Overall, you should not engage in any strenuous activity or lift anything heavier than 15 pounds for several weeks after your bariatric surgery. You will also likely be eating on a predetermined schedule initially.

The cost of bariatric surgery depends on the type of surgery performed, but it occasionally starts at around $9,000 but can stretch to $20,000-25,000 depending on the type of surgery. Insurance will generally cover some of the cost, as the surgery can be medically necessary, but many patients still pay a large portion out of pocket.

The simplest and most effective way to lose weight is through diet and exercise. Decreasing your overall caloric intake and increasing your activity level will reliably lead to weight loss in almost all cases. The overwhelming majority of weight loss is just a question of intaking less than you expend. You should thoroughly exhaust this option before you even consider bariatric surgery. Exhausting this option includes seeking treatment for the psycho-social issues that lead to food addiction and chronic overeating, which are very real medical conditions.

These are a class of anti-diabetes medications that serve to reduce appetite and facilitate greater weight loss hormonally. GLP-1 agonist medications such as semaglutide can reduce appetite in overweight people by imitating GLP-1, the hormone responsible for feeling full, making weight loss through calorie restriction easier for the individual. A person will be less hungry on this medication. Consequently, unless their eating issue is purely psychological, this will make losing weight far easier. This option should also be exhausted before you decide on bariatric surgery as it is non-invasive and has minimal side effects.

Treatment for the psychological condition(s), if any, underlying the obesity of a patient is a critical component of weight loss treatment. Certain conditions, such as Binge Eating Disorder, may be the root cause of the obesity, without treatment for which any attempts at adjustment will be futile. Adjusting your relationship with food will help you to lose weight as well as help you recover from bariatric surgery if you do end up getting it.

Finally, there is laser lipolysis, pioneered by Emerald Laser. In this procedure, a laser is used to bore a hole in your individual fat cells, allowing the lipids to seep out of them and be excreted by the lymphatic system. This is an FDA-approved and reliable way to lose body fat that is non-invasive, as compared to bariatric surgery. Laser lipolysis is fast, painless, has no recovery time, and is cost-effective. The price can be as low as $1500 to $2500 for six sessions, and it can target fat nearly anywhere and can be done before or after work or even on your lunch break. It does not require dietary changes to work, although it requires dietary changes to maintain the weight loss achieved. This is a good alternative to consider before bariatric surgery as it is non-invasive.

We’re about to cover some of the most commonly asked questions about bariatric surgery, including those relating to procedure specifics, recovery, and post-op outcomes.

Is Bariatric Surgery Worth It?

Bariatric surgery is absolutely worth it if you are an individual whose health is being endangered by their obesity and less invasive options haven’t worked. Obesity and being overweight, in general, are associated with a number of the leading all-around causes of mortality and disease in the United States, so if you are suffering from these conditions and your life is endangered, then bariatric surgery is one hundred percent worth it for you.

The physical changes to your body from the surgery are permanent and should remain that way for the rest of your life. You’ll also notice permanent changes in your appearance and health as you lose the weight and adjust to your new dietary normal.

Do I Need to Change My Dietary Habits With Bariatric Surgery?

Yes, there is no way around making necessary dietary changes to maintain your weight loss. Bariatric surgery will, however, make engaging in dietary changes far easier than it was before, physically speaking.

What If I Do Not Change My Dietary Habits?

You will likely feel and eventually look very different after your bariatric surgery. In general, all the changes you experience will be positive. However, we recommend talking to a therapist about any problems you may be having with the new changes in your life post-bariatric surgery.

Will My Appearance Change After Bariatric Surgery?

Your appearance will absolutely change as you lose body fat. This change is generally extremely positive, though you may find that you have some loose skin left over after the fact. Plastic surgery is available to remove this loose skin if it is a nuisance.

How Will My Relationship With Food Change After Bariatric Surgery?

Your relationship with food will, on a psychological level, have not changed at all. Whatever problematic relationship you have had with food in the past, such as comfort eating, will remain as the changes the bariatric surgery creates are only physical. We recommend a good therapist for the remaining psycho-social issues and a dietitian to instill good eating habits.