6 Obesity Health Risks & Conditions You Should Be Concerned About 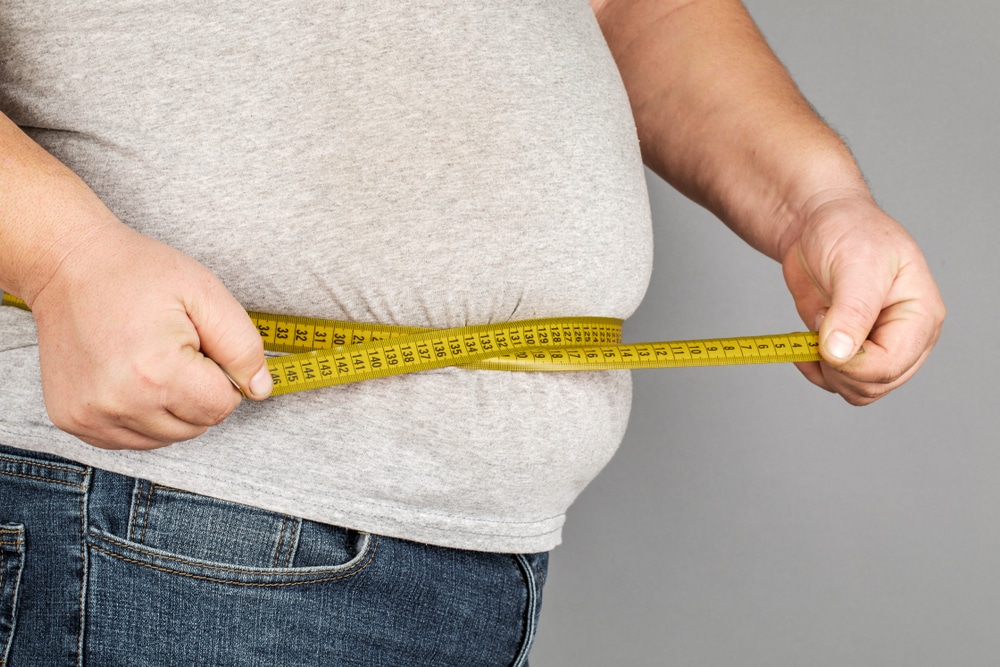 Obesity is a condition that affects 42% of all Americans. It has numerous deleterious effects on overall bodily health as well as the deterioration of individual organs in the body, and it is responsible for several of the leading causes of mortality in the United States. We are going to go over a variety of information about obesity and the way it affects the body. In particular, we are going to go over six risks to various bodily systems posed by obesity.

Obesity is a medical condition, which is occasionally called a disease, which results in excessive body fat accumulation on the body. Obesity is a huge cause of disability in the United States, and it has various risks for the cardiovascular, hormonal, and other organ systems. Obesity as a condition is most common in the Western developed world, and it affects wealthy nations the most.

The causes of obesity can be many and varied, ranging from factors such as diet, lack of exercise, and hormonal disorders to genetic susceptibility, side effects of medications, mental disorders, or a variety of these confounding factors. There are also factors that tend to make obesity worse in the developed world, such as the prevalence of fast food, lack of walking and activity in average people’s lives, and urbanization.

What is Considered Obese?

Obesity is generally defined in terms of a measurement called BMI or Body Mass Index, which is calculated using a person’s height and weight. Having a BMI of 30 or more is generally considered obese. The state of being overweight is defined as a person having a BMI above normal but not to the health-damaging extent of obesity. However, BMI is not a perfect measurement as it fails to account for the quantity of lean body mass a person may have and is thus most useful on untrained populations. Athletes may have BMIs that indicate obesity because of the sheer amount of muscle mass they carry but be perfectly healthy. This is one of the limitations of BMI as a measurement.

Obesity has extremely deleterious effects on the body overall. Fortunately, however, most of these negative health effects subside once the obese person returns to normal body weight. We will go over, in detail, six of the risks and effects of obesity on several vital organs and bodily systems below.

Abnormal cholesterol levels and hypertension (high blood pressure) are some of the effects of obesity on the circulatory system. These conditions can result in the weakening of arteries as well as a significant buildup of plaque in the arteries. Obesity can also cause coronary artery disease, heart attacks, and a whole host of other cardiac issues.

Obesity affects the lungs severely, both directly and through the result of complications caused by obesity. For example, complications from general anesthesia are far more common n in obese people. Additionally, your risk of severe and potentially life-threatening Covid-19 increases significantly with obesity. Stopping breathing while asleep, commonly called constructive sleep apnea, is also another condition of obesity in many individuals. There is also obesity hypoventilation syndrome, which results in obese people not oxygenating their blood enough leading to chronically low oxygen levels internally.

Another disease that obesity can cause is nonalcoholic fatty liver disease, which is the buildup of fat tissue around the liver. This disease can lead to massive losses of liver function and, eventually, liver cirrhosis. Liver cirrhosis is when scar tissue buildup grows so extensive that it actually impairs hepatic (liver) function. Obesity and type 2 diabetes, which is itself often a consequence of obesity, are the most common comorbidities for non-alcoholic fatty liver disease.

Obesity can cause chronic renal failure as well. This is an end-stage disease that results in a loss of kidney function over time. Diabetes and hypertension, both of which are extremely common with obesity, cause this condition directly. Complete failure of the kidneys can result from this condition, in which case lifelong dialysis or a kidney transplant may be required.

The state of being obese can cause many skin conditions, such as lymphedema. Lymphedema is when the body’s lymphatic system is not functioning properly and as a result, localized swelling occurs on various parts of the body. Obesity can also be responsible for hirsutism or other various skin disorders. The various skin conditions common to severely obese people are nearly limitless as such individuals often have various skinfolds they cannot see or reach, which accumulate a huge amount of rashes, such as intertrigo, which oftentimes remain totally unnoticed until noticed under examination by a medical professional.

Finally, obesity is known for having negative effects on the body’s hormones. Low testosterone, which can cause certain types of cancer, sexual dysfunction, and depression, is extremely common in obese men. Obesity can also be responsible for PCOS (polycystic ovarian syndrome) in women. Furthermore, obesity can cause diabetes and all its associated negative health effects. Diabetes can lead to everything from digit amputation due to necrosis to blindness in severe cases. In fact, diabetes is one of the most deadly diseases in the United States. None of these diseases or their associated effects are things that you want to happen to your body. Additionally, the chance of miscarriage in women increases significantly with obesity.

Best Ways to Deal With Obesity

There are a number of ways to address obesity, ranging from diet and exercise changes to therapy, medications, surgery, and laser lipolysis. All of these methods have been shown to be helpful in weight reduction and obesity management. The goal of all of these methods is to reduce body fat levels until the person using them is of a normal BMI.

The traditional way of dealing with obesity is through diet and exercise, and it remains the most effective. Food energy balance is the relationship between how much energy in the form of food you take in vs. how much you expend throughout the day. if you consume fewer calories (a calorie is a unit of energy) than you take in, you will lose body fat. This state is called a negative energy balance, and it is the key to consistently losing body fat. All other noncosmetic procedure weight loss methods depend on a negative energy balance in order to be effective. This is the single most reliable way to lose weight and consequently treat obesity.

The root causes of obesity behaviorally can be psychological or even the result of mental illness. For this reason, therapy is a way to address obesity. There is a condition known as binge eating disorder, not to mention that many obese individuals have a problem with their relationship with food, often engaging in what is called “comfort eating.” These are very real causes of obesity, and proper psychological care in the form of therapy is a way to address them.

These are a class of anti-diabetes medications that serve to reduce appetite and facilitate greater weight loss hormonally. GLP-1 agonist medications such as semaglutide can reduce appetite in obese people by imitating GLP-1, the hormone responsible for feeling full and thereby making weight loss through calorie restriction easier for the individual. A person will be less hungry on this medication, though they will still have to adjust their eating and exercise habits to effectively lose body fat. However, unless the eating issue is purely psychological, this will make losing weight far easier.

This is a surgical procedure in which the stomach and intestines are physically manipulated to be smaller or absorb fewer nutrients, facilitating weight loss. This is typically a last resort as it is an invasive surgery, and it is reserved only for those whose obesity is already causing them adverse health effects. There are a variety of types of bariatric surgery. However, all of them require a future adjustment in diet and activity level in order to maintain the weight loss achieved by the procedure.

Here we will go over some of the most common queries about obesity’s effect on the mind and body.

Yes, it does. Obesity is the second most common cause of preventable death in the United States after smoking. On average, obesity lowers life expectancy by ten years.

Can Obesity Be Cured?

Despite popular belief, obese people are not happier on average than nonobese people. In fact, obese people have a higher incidence of depression and anxiety than the normal-weight population, which would seem to render many of them unhappy. The reason for this is varied, although in many cases, poor self-image can lead to a variety of mental issues which render obese people unhappy.

At Emerald Laser, we pride ourselves on providing the latest in laser lipolysis technology. This FDA-approved procedure offers unparalleled benefits in terms of the fat loss it provides, so check for a provider near you now!