How Does Low-Level Laser Therapy (LLLT) Work for Fat Loss? 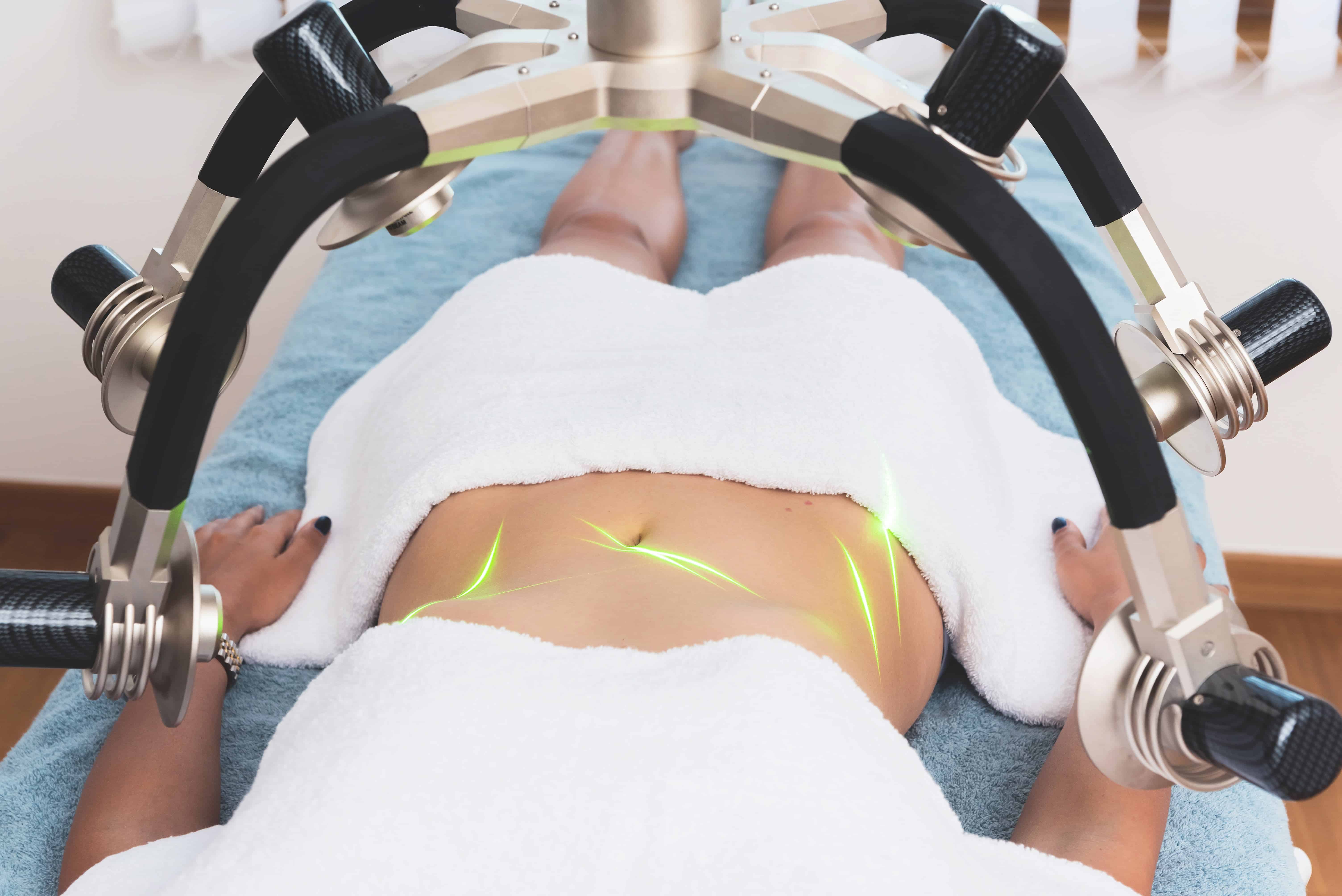 Low-level laser therapy (LLLT) is a relatively new facet of photomedicine. Photo means light — photomedicine is all about how light affects disease, injury, and health.

Taking that definition a step further, photomedicine studies how different types and intensities of light interact with the human body on a cellular level. It’s an interdisciplinary branch of medicine, meaning it’s used in a variety of situations.

LLLT is incredibly versatile and has become more and more mainstream in recent years. For example, the FDA gave market clearance to Erchonia’s fat-reducing laser in 2010, not many years ago. With unbeatable convenience and increasing studies, it’s looking like low-level laser therapy will continue to gain acceptance and extend its reach.

Its benefits in cosmetic procedures like fat reduction are no exception. The science makes it clear why it’s got such a comfortable foothold in the plastic surgery industry.

What Is Low-Level Laser Therapy?

Low-Level Laser Therapy is a popular medical technology used to treat several medical conditions, including fat reduction. The technique applies low-light lasers to the surface of the body to stimulate cells.

The Goals and Ethics of LLLT

Another acronym used for laser treatment is PBM, which is short for photobiomodulation. Essentially, PBM is when a mitochondria is excited: it’s when the outer layer of a cell is going through something. The point of a fat-reducing laser or any laser treatment is to reach PBM in a targeted area. The goal is to get cells to work in a specific way.

Now that the word “photobiomodulation” makes some sense, how about “low-level”? Low-level laser therapy gets its name from using a relatively low light intensity. It’s also called “cold” laser therapy, not because it’s cold to the touch, but because it doesn’t generate heat.

How Does Cold Laser Treatment Work for Fat Loss?

You might wonder why fat-reducing lasers don’t use a high intensity and if cold laser therapy is right for you. The thought of power-lasering body weight off is tempting, isn’t it? But more isn’t always better — and it’s certainly not the optimal body contouring method.

When certain frequencies of light hit adipocytes, or fat cells, the cells form tiny, temporary openings. The light then encourages the fat cells to release lipids, or fatty acids, through these openings. One study used SEM, or scanning electron microscopy, to visualize before-and-after shots. After being zapped by the fat-reducing laser, fat cells are dramatically smaller than the spherical, grape-like cells seen prior to laser treatment.

The now shrunken adipocytes will be surrounded by fatty acids for only a little while. The liquefied fat will soon be expelled by the body’s lymphatic system.

Lymph nodes are part of the immune system: they filter cellular waste and manage body fluid levels, delivering unneeded particles into the bloodstream for filtering. The waste gets taken to the liver and kidneys, where it undergoes a final processing and eventually leaves the body by urine or bowel movements.

Why LLT is Effective for Fat Reduction

In summary, fat-reducing lasers cause fat cells to get rid of their fatty essence, and the body lets it out naturally. These compromised cells react more readily to light. The lasers deliberately preserve the now-tiny fat cells, which are needed to support vital bodily processes.

Other Applications of Cold Laser Therapy

After cells receive LLLT, they work more efficiently, and there is a whole other host of benefits outside of just fat reduction. Here are just a few positive effects of LLLT:

When a cell reacts to light, PBM occurs. This produces Adenosine triphosphate, or ATP, which is basically cell fuel.

This excitement or extra energy helps a cell get through an experience more quickly. Nerve signal transmissions will be regulated sooner, and if there was any physical damage, nerve regeneration will speed up. By giving the body more resources to calm down and heal, LLLT assists in pain management.

Just as ATP speeds up nerve regeneration for pain relief, it will speed up tissue regeneration in a wound or injury. It’s interesting to note that LLLT can both treat a symptom (i.e. pain) as well address the actual problem.

A speedy recovery means less scarring, as well as less opportunity for infection. Also, because the light encourages a stronger bond amongst atoms within collagen molecules, the area in question will heal stronger than it would have at regular speed.

Wrinkles, decreased elasticity, hyperpigmentation — most skin problems result from photodamage, which is caused by extended exposure to the sun.

Low-level laser therapy works here much like it does when it heals injuries. Photodamage is simply less visible damage, caused by UV rays. Increased ATP stimulates the cellular processes that repair skin, or create collagen, for an age-defying effect.

You may have heard of how sunlight helps acne. Low-level laser therapy does the same, only it’s more focused (and bypasses UV rays).

One big culprit of acne is the bacteria Propionibacterium acnes (P. acnes). Laser light causes a photochemical reaction that is toxic to P. acnes, and it also encourages immune system cells to release cytokine, which will reduce inflammation. Again, LLLT addresses both the problem (acne) and the symptom (inflammation).

Low-level lasers generate ATP to stimulate natural processes. Hair growth has multiple phases — LLLT wakes up the part of a hair follicle’s cycle that is responsible for initiating growth.

Is Low-Level Laser Therapy Right for You?

Photomedicine’s fruits are particularly unique. You’ve read about how low-level lasers stimulate natural cellular processes to accelerate cell regeneration, which in turn alleviates pain and prevents cell death. You’ve also read about how a fat-reducing laser gently gets fat out of cells without damaging them, thus preserving your metabolic health.

LLLT is all about taking care of your body! Because a cold fat-reducing laser is non-invasive, you avoid pain, complications, side effects, and medicine. It won’t compromise your equilibrium. Try out the Emerald Laser, and you’ll do some major, confidence-boosting self-care that will make you look and feel better.